Known to be a house-proud nation, 51% of Britain admit that they stress about the cleanliness of their home. For many it means the bi-annual mass clear out of ‘the old’ and cleaning the most forgotten crevices of the home, but it seems a shocking 85% of Brits don’t believe that the ritual will stick around for long. Even though Brits remain a squeaky-clean nation, our attitudes towards performing the task ourselves has clearly changed.

Contrary to popular belief, a recent UK-wide study revealed that less than half of the participants still have a yearly clean and whilst 37% admitted to only carrying out a ‘deep clean’ every few years, with one in five confessing that they never bother.

According to the same research, the most common tasks during a deep clean/spring clean include:

· Cleaning underneath and behind furniture

Although the statistics might seem difficult to believe at first glance, the decline in the UK’s seasonal cleaning habits should really come as no surprise - as on average Brits are spending a whopping eight years of their lives doing chores. Among the list of the most time-consuming chores are ‘doing laundry’, ‘walking the dog’ and ‘cleaning the kitchen’; all of which amount to just under three hours a week (or 156 hours a year) worth of chores for the average UK adult.

It is safe to say that cleaning habits in the UK have evolved. A recent 2016 survey found that a third of UK households hire someone to help them around the house, with this trend being driven by under-35s. More families are paying for their chores to be done via the likes of ‘task apps’ such as Airtasker as hiring in help becomes more mainstream.

According to a 2018 survey, London not only came top of the list for being the laziest and most time-poor region but it is also the most popular UK region for outsourcing tasks. By hiring someone to do these menial tasks, Londoners have more time to do the things they really love to do.

When it comes to fobbing off tasks around the house in favour of other, more exciting things millennials seem to have the right idea. Research has found that nearly twice as many under 35s have a cleaner at 16%, compared to older people at 9%. While it is already established that London millennials prefer hiring help, many admitted that they either don’t have the time or simply find house work too boring.

The list of ‘most-hated chores’ unsurprisingly includes some of the most time-consuming and energy-draining tasks:

· Oven cleaning was named the ‘winner’

Although we still see the ‘big clean’ as an imperative task, we no longer see the need to do it ourselves. The nation’s attitude to cleaning is changing - we are putting our health, happiness and social lives ahead of mundane routines like the big bi-annual clean and paying a skilled person to come and do it instead. Simultaneously, this shift comes as a positive for the ever-growing pool of independent workers, who possess the skills and time (alongside the need for a flexible working schedule), can earn money and drum up more business for themselves.

Maybe the deep cleaning tradition isn’t on its way out after all.

If you want any help with giving your home a super thorough clean then click here and message us today!

Eco Cleaning Fairies is a cleaning company based in Liverpool that offers domestic cleaning services and commercial cleaning services. We are passionate about the planet and do everything we can to use natural, kind to the planet products to get your space clean. Do get in touch if you would like to a quote.

6 Fantastic Purifying Plants for YOUR Office or Home

Morning Pages - A Way To Start Your Day

Positive Steps To Release Yourself from Clutter

Certificate Of Excellence? Us? Yes Please!

7 Tips To Inspire You To Use Less Plastic!

Now You Can Blog from Everywhere! 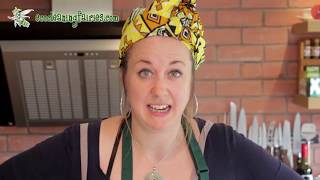 How To Eco Clean Your Oven

7 AMAZING Reasons For Having An Eco Cleaning Fairy!

Vital Info You Should Know About Having An Eco Cleaning Fairy In Your Life!